Use Delay to Build Trust 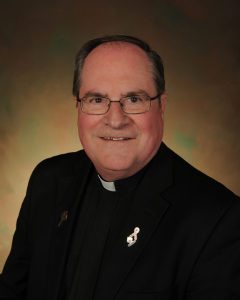 After reading Fr. James Smith’s article in the September issue of the New Wine Press, I began thinking about how that might apply to our ongoing planning and discussions regarding the entry into the New Creation of the one U.S. Province of the Missionaries of the Precious Blood. What is our memory of the past 57 years and what is the truth of the past 57 years since the American Province was divided in April of 1965?

I was in the Novitiate at the time the American Province was divided into three separate provinces. At the time, it did not mean much to me because it did not affect my life as a student and candidate in the Community. At that time, those of us in the major seminary were considered to be a part of the “Parent Corporation” which meant that we did not belong to any of the provinces at the time. It was only when we became ordained that we were “chosen” to be a member of a particular province, with each class being divided by percentage as outlined by the “Parent Corporation.”

When I was ordained and began participating in the retreats sponsored by the Kansas City Province, I was impressed with how excited about that new beginning the members were. There was a sense of creating a new reality, creating our own understanding of what it meant to live in the “bond of charity” and how this might be expressed in a variety of ways. For those first few years, even before Precious Blood Seminary was completed, the Kansas City Province was financially struggling. The provincial at that time, Fr. Daniel Schaefer, put out a plea to the members that if they had personal monies that they could lend to the province, he would be eternally grateful. The members responded and the province was able to continue to prosper. Through the generous support of our members and the creative financing of our treasurers along the way, we have been extremely blessed through the years.

But I want to focus on the “excitement” part of those initial years of our province. The district meetings contained animated conversations, and the members expressed a great desire to create a more inclusive community between the priests and brothers. There seemed to be a constant search for greater collaboration and this was passed on to our seminarians throughout their formation.

I don’t feel “excitement” as we engage in our discussions regarding the present “new creation.” I don’t get a sense that people are experiencing a “resurrection” as we move towards creating our new U.S. Province. I keep asking myself why there seems to be such low energy or even apathy regarding our future. Recently I was talking with Fr. Jim Urbanic, who pointed out to me that “by and large, our members like each other from the two provinces, but we are distrustful of the image of the ‘Provinces’ themselves.” This made sense to me. There seems to be a mistrust in perception and perhaps in reality of the image of our two provinces by the other. I would like to know what the perception is of the Kansas City Province by the members of the Cincinnati Province. I would like to hear how the members of the Cincinnati Province experienced the event of April 1965, because I believe it was a totally different experience from those of the Kansas City and Pacific Provinces. If my perception is wrong or misguided, then I need to hear how the members of the Cincinnati Province experienced new life at the time of separation from the American Province.

It has been said that “we don’t really know one another.” That may be true for some of us, but the more divisive obstacle seems to be that we don’t “trust” the provinces themselves, not so much the members. I would encourage our leadership teams, now that our Assembly has been postponed again, to develop some kind of process by which we can name the areas of “mistrust” between the provinces so that we can indeed move forward with some sense of excitement in creating something new for the Missionaries of the Precious Blood.

There may be other issues that are based more on an institutional level rather than a personal level that ought to be addressed. I am suggesting that this should be the agenda for our gathering in the spring of 2022 and then have the vote for the new leadership in the fall of 2022.