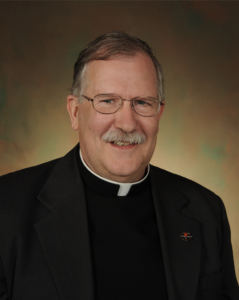 Celebrating the Month of the Precious Blood 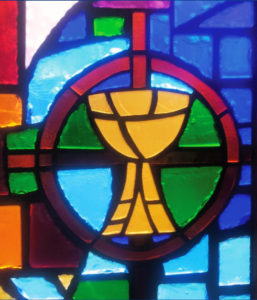 As we celebrate the month of the Precious Blood, the following suggestions may be useful.

While St. Gaspar did not leave us an extensive treatise on the Precious Blood, some of his writings and sermons on the topic have been collected by the late Beniamino Conti, C.PP.S., and were published in English translation as Standing at the Cross: The Preaching of Saint Gaspar del Bufalo (C.PP.S. Resources Series 36, 2017).

Another member of the Italian Province, Tullio Veglianti, C.PP.S., has published a book of daily meditations for the month of July. An English translation is available as The Blood of Christ: A Month of Meditations (Missionaries of the Precious Blood, 2018). Each day has a theme that is expressed in a reading from Scripture, followed by a reflection, a reading from a spiritual author, intercessions and a closing prayer. It is suitable for private or group use.

The late Robert Schreiter, C.PP.S., has published several books on Precious Blood Spirituality. The most important of these is In Water and in Blood: A Spirituality of Solidarity and Hope, originally published in 1988 and now available in a revised edition (Orbis, 2007).

A book of particular interest to members of religious congregations is Barry Fischer, C.PP.S., The Cry of the Blood: The Challenge of Refounding (Messenger Press, 2004).

I have uploaded several resources to a Dropbox folder which may be of interest. The proceedings of the first three Precious Blood Study Weeks contain a number of articles that deserve attention today, more than 50 years since the third Study Week was held in 1968. John Colacino, C.PP.S., of the Atlantic Province, has compiled a course of readings and prayer for the month based on the structure of the Office of Readings. There is a scripture reading for each day and a reading from a spiritual author. The latter readings are on a three-year cycle while the Bible readings are the same each year. Also in the folder is an article on St. Catherine of Siena and the Precious Blood. The folder may be accessed at   https://bit.ly/3vzfVYW

Finally, there are a number of articles on the spirituality of the Precious Blood on this website, that of the Cincinnati Province (https://cpps-preciousblood.org), and the site of the General Curia (https://www.cppsmissionaries.org).

Please join Fr. Keith, Vicky, and Tim for July 2nd’s Tapping the Wine Cellar! We hope you can take some time to explore the readings for Sunday using this video as a jumping-off point.

Please join Fr. Keith, Vicky, and Tim for June 24th’s Tapping the Wine Cellar! We hope you can take some time to explore the readings for Sunday using this video as a jumping-off point.

Please join Fr. Keith, Vicky, and Tim for June 3rd’s Tapping the Wine Cellar! We hope you can take some time to explore the readings for Sunday using this video as a jumping-off point.