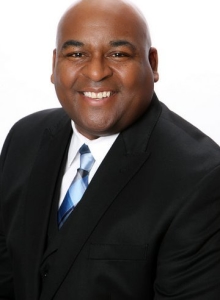 Missourians for Alternatives to the Death Penalty (MADP) holds multiple speaking events throughout the state educating groups and individuals about the concerns of the death penalty using grants funds from the Precious Blood: Human Development Fund. On February 27, 2016, MADP held a workshop, Death to the Death Penalty, which included guest speaker Rev. Dr. Vernon Percy Howard, Jr., the Senior Pastor of St. Mark Union Church in Kansas City, MO. His passionate presentation on Feb. 27th invigorated the audience with a message of recovery and reclamation to the word of God and His justice and grace. Rev. Dr. Howard said he believes capital punishment in our current criminal justice system destroys faith and preached:
God chose to provide Christ as the punished one in His penal code and proposed we restore justice. Jesus has no face while on the cross because his face is my face, your face, our face, the face of sinners…if anything should die, it’s the death penalty. Capital punishment is ungodly. It denies the end-game of love: salvation, redemption, and restoration.
Rev. Dr. Howard, Jr. stated MADP helped make it clear that “In every murder, there is always more than one victim and that the murderer is not a monster, only a person who is lost.”
MADP is honored to report that Rev. Dr. Howard said he was “greatly enlightened and inspired” by MADP’s presentation, outreach, volunteers, members, and work. He claims one of his new-found missions is to “spread the teachings by MADP to followers of Christ.” Over 30 other faith leaders, the newly elected state president of Missouri’s NAACP, and members of the Southern Christian Leadership Conference were also in attendance and helped sponsor the event.
True to his word, directly after his presentation at Death to the Death Penalty, Rev. Dr. Howard, Jr. gave a special presentation on concerns of the death penalty on KPRT’s Gospel Radio Station – AM 1590 hosting MADP State Coordinator, Staci Pratt. Rev. Dr. Howard also confirmed there is an openness for dialogue with the clergy alliance, the Justice Witness Committee, and the Missouri Mid-South Conference (MMSC) for the United Church of Christ. He has already collaborated with individuals within these groups and connected these individuals with MADP representatives for educational information on the death penalty. Rev. Dr. Howard also plans to discuss the concerns of the death penalty at the annual gathering for MMSC held in June, 2016. His energized work against capital punishment offers a rich seed, one that will bear fruit in work with other African-American ministers and clergy throughout the community. MADP’s outreach to him was made possible by funds given through Precious Blood: Human Development Fund.
[/fusion_builder_column][/fusion_builder_row][/fusion_builder_container]