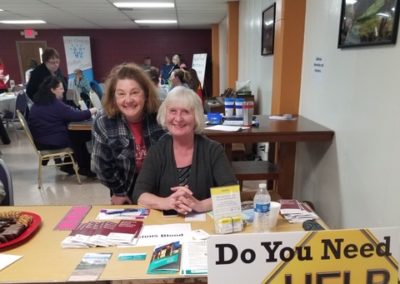 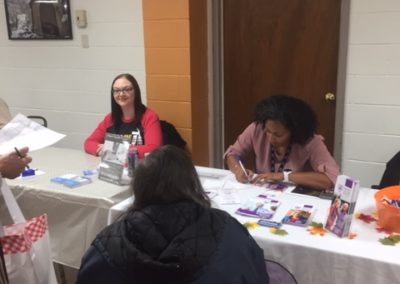 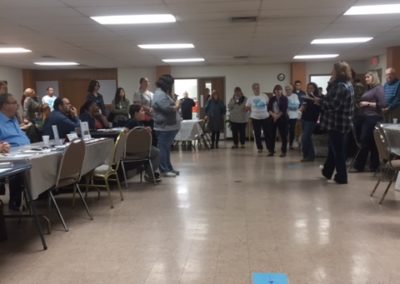 All agencies at fair

On October 25, 2019, Community Connections Coalition held a resource fair at the Good Samaritan Center in Excelsior Springs for those in need. Precious Blood Resource Services(PBRS) was one of twenty other service providers who participated in the fair. Those who attended were assigned a companion to walk with them as they visited with the service providers that could meet their needs in the areas of housing, mental health, physical health, employment, and many other services. Attendees were able to pick out any clothing that they needed. Free haircuts were given, and lunch was provided by the culinary school at Excelsior Springs Job Corps. One woman and her husband who attended was very excited about the fair. She stated that she and her husband were homeless and walked all the way from Texas and came to Excelsior Springs. She said that a few agencies who were at the fair, including Good Samaritan Center, helped them with resources such as clothes, food, emergency assistance, and moral support. Now they both have jobs and a home to live in. Overall, the fair was able to help 78 people from 30 households.

The coalition holds this resource fair twice a year and is hosted by the Good Samaritan Center who provides emergency financial assistance, a food pantry, clothing, senior services, and special programs. Transportation has always been a major issue in the rural areas of Missouri such as Excelsior Springs. These fairs allow those who are low income, homeless or at risk of being homeless in Excelsior Springs to have access to services without having to travel long distances to get to agencies that can assist them.