Turning to One Another 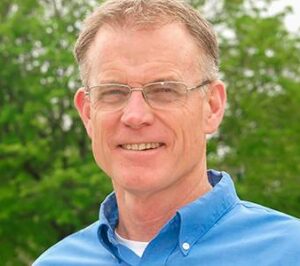 It was a Saturday afternoon and I just finished doing some lawn work around pbmr. As I was walking from the Center to the Mother Brunner Home, I noticed Michael sitting alone on one of the benches near the basketball court. His phone was by his side, book bag on the floor, and head buried in his hands. I could sense that something was bothering him and, so, I walked over to see if he was ok.

Michael is a real quiet kid, tall and thin, around 15 years old and loves basketball. Even while he wasn’t quick to share much, I did get a little something out of him. When I asked about who he lived with, he told me his 23-year-old brother. I asked about his mother, and he said he didn’t know where she was. She left some time ago. We talked some more, and he said that he wanted more hours, meaning he wanted to earn more money. He is part of one of our programs and earns a little money, but, apparently not enough for his needs.

It would be easy to fall into judgement or condemnation. What kind of mother could leave her child? But of course the underlying reality is much more complicated, and the only way to know the answers is to sit and listen to the child, to listen to the mother, and to seek to understand. I have found  that when you begin to untangle the story, when you hear people’s experiences of homelessness, trauma, poverty, etc., those initial judgements are quieted and understanding begins to set in. Judgement always impedes my ability to understand.

There is a poem that has helped us in these uncertain times.  It is by Margaret Wheatley, entitled “Turning to One Another.” Here is just a bit of it:

For me the poem calls us to not fixate or simply cast judgement on the problems we see in others, but to seek solutions, paths of healing for their flourishing. Michael doesn’t need people judging him or his mother; he needs a world that cares. He needs people to hear his story without judgement, to listen with understanding, and to accompany him toward solutions that meet his and his family’s needs.

Both in the church and in society we have become polarized; we have become a society of judgement and exclusion. Richard Rohr says Jesus was never about exclusion or expelling or isolating people. Quite the opposite, for him that was the problem. Jesus was about transforming and integrating. He was always sending the lepers and those healed back into the city, back to the priests (Rohr, Hope Against Darkness).

PBMR was founded almost 20 years ago because we were confronted by a system that only knew punishment. There was no healing or transformation for people experiencing brokenness, only punishment and expulsion. And so we set out on a journey to focus on healing, reconciliation, and understanding.

Isn’t that what the world needs? To be listened to? To listen? I dream of a world where more people are willing to listen to those they know, those they don’t know, those they never talk to, and rather than being offended by or afraid of the differences we hear, to be intrigued and compelled. I long for a time where instead of casting judgement about “What’s wrong,” we can come together in relationship and begin to ask, “What’s possible?”

Now, because of that short conversation with Michael, when I see him in the parking lot or in the neighborhood, he stops, reaches out to shake my hand, and says hello. “Creative solutions come from new connections” (Margaret Wheatley).