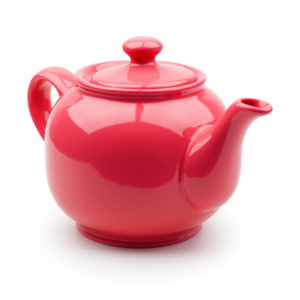 My mother had the firm belief throughout her life that if you had a problem to solve or needed advice about something, the best way to do this was to have a cup of tea. She believed that taking a breath while the tea was brewing allowed a person the chance to consider new ideas or possibilities. This memory came back to me recently when I saw a documentary about the rituals that the Chinese have for tea. I was especially drawn to the story of the Yixing teapots. Because of the unique clay that is used to make these pots, a natural oil retains the flavor of the tea as it is brewed. Consequently, over time the teapot gives back to the owner in that it enhances the taste of the tea.

As I reflected upon the story of these teapots, it echoed similar messages that I heard at the General Assembly and the recent Companion retreats. During the General Assembly, Fr. Ben Berinti led the group in a retreat using the image of the living chalice. What struck me was that to be a living chalice means that one must be used, not be a ceremonial piece that is set on a shelf for admiration. Like the teapot that gets better every time it is used, as living chalices we are called again and again to be filled with God’s love and mercy and to pour it forth through service to others.

During our Companion retreat in Ohio, Fr. Tim McFarland reminded us that Vatican ii affirmed and recognized the roles and responsibilities of the laity in the Church. In essence, the laity has a distinctive role in the Church—to be honored and understood not as an appendage of the clergy, but in its unique fashion. He reminded the group that St. Paul wrote to the Colossians, “And whatever you do, in word or deed, do everything in the name of the Lord Jesus, giving thanks to God the Father through him.” By the end of the retreat, Companions had a renewed sense of the role of the laity in the Church and their part in it. They were ready to recommit themselves to be the living chalices that Fr. Ben spoke about during the General Assembly in Poland.

It is always wonderful to be with the Companions during the retreats, especially as the community continues its journey into the New Creation. Like most retreats, when the experience is positive there is a heightened sense of energy and enthusiasm for the future. Unfortunately, these high points often lessen when one must come back to the realities of life. One of the challenges of being a living chalice is that we are not in control of the entire situation. We can’t control the future, we can’t control what we are given to pour out, and we can’t control the moments when we are called to stand in service to others.

The challenge that both Companions and members face as we continue our journey into the New Creation is to be open to losing control. As Gather Send states, Companions are called to step out. Each of us is called to step out again and again in service as we fulfill our destiny to be living chalices. In responding to the unique ministerial call that we each were given; we have accepted our responsibility of service. We have said yes to standing with our those in need, those standing on the margins, those in search of reconciliation. This action is not a one-time activity; we are called to step out again and again in service to the other. Like the teapot that offers the user a better tasting tea through continuous use, allowing ourselves to be living chalices through services creates a better world, a glimpse of the kingdom of God. Ω