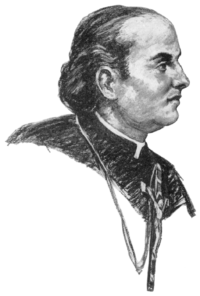 21 October 2017
Dear Members, Companions, Volunteers, and Friends,
As we celebrate the feast of Saint Gaspar this weekend, there are significant anniversaries surrounding the feast day of our founder. On October 19, 1984, Father Jerzy Popieluszko gave his life in the service of the truth. When I visited our missionaries in Poland earlier this year, one of our priests took me to Father Jerzy’s shrine in Krakow. Seeing all the pictures and listening to some of the recordings of his sermons recalled the injustices and crises the world was facing in 1980s when the struggle between the United States and the Soviet Union caused tremors and terrors throughout the world.
Caught in the midst of this epic struggle, the Solidarity movement in Poland was born in a shipyard in Gdansk. Father Jerzy took the side of the striking workers. In the struggle between justice and oppression, he took the side of justice. Encouraged by the Polish pope, John Paul II, whose long pontificate was in its early years, the Solidarity movement and Father Jerzy gathered the courage to stand up against the Communist regime. “The priest is called to bear witness to the truth,” Father Jerzy said. “To suffer for the truth, and if need be, to give up his life for it.” Father Jerzy paid the ultimate price for seeking and speaking the truth.
Five Adorers of the Blood of Christ—Sisters Barbara Ann Muttra, Mary Joel Kolmer, Kathleen Maguire, Agnes Mueller, and Shirley Kolmer—also paid that price 25 years ago in Liberia. Sisters Barbara Ann and Mary Joel were ambushed and murdered on October 20, 1992. Three days later, Sisters Kathleen, Agnes, and Shirley were executed in the yard at the convent where they were living. Pope John Paul II claimed them “Martyrs of Charity.” These five religious women dedicated to the blood of Christ, nurses, educators, and pastoral ministers, gave their lives because they stood with the poor in Liberia.
The Polish priest and the five Adorers did not stand on the sidelines but took sides. They stood with the powerless in the eyes of the world and it cost them their lives. As we celebrate the feast of our founder, St. Gaspar, in a year where there has been so much bloodshed, so much death because of violence, so much loss due to fires and floods, hurricanes and horrors that terrorize the soul, may we rededicate ourselves to the cause of truth and justice.
As Precious Blood people, we profess a spirituality of reconciliation. We often talk about “standing in the breach.” Some may misinterpret this stance as not taking sides. But standing in the breach is not “straddling the fence.” Gaspar never straddled fences; he took them down through the power of the Word of God and the Precious Blood of Jesus Christ. Though he was not martyred like Father Jerzy or Sisters Barbara Ann, Mary Joel, Shirley, Agnes, and Kathleen, or Father Stanley Rother, make no mistake: he took sides. Gaspar stood with the poor and powerless. He stood with those who were disgraced, dispatched, dismissed or demeaned. Those who were distant because of who they were or what they had done, he brought near through the blood of Christ.
Gaspar took sides. He sided with those the blood of Christ led him to—those who were on the outside, those who were on the margins, those who were broken in body, mind, or spirit. This is the side we must take even as we stand in the breach and seek to hold the tensions of our world. Reconciliation demands we listen to those with whom we disagree. But if their policies promote exclusion and injustice, if their attitudes give rise to actions that threaten or harm other human beings or God’s good earth, then we must take the side of justice, truth, mercy and peace.
The new creation is calling us to stop straddling fences and start moving them. On this weekend when we honor our founder and the 25th anniversary of the Martyrs of Charity; as we remember a Polish priest who gave his life because he stood in solidarity with the poor, may we recommit ourselves to stand with those who are treated unjustly.
“For this I am a priest,” St. Gaspar said, “to proclaim the merits of the Most Precious Blood.” For this we are followers of his vision and gifted with his charism: to draw all peoples near through the blood of Christ.
With peace,
Joe Nassal, C.PP.S.
Provincial Director