Standing in Solidarity, Reaching for Justice 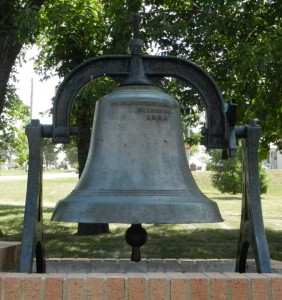 This past week we honored the 50th anniversary of the 1963 March on Washington led by Dr. Martin Luther King by ringing the outside bell at Precious Blood Center at the very hour that King gave his “I Have A Dream” speech fifty years earlier. We did this in solidarity with many churches across the nation that rang their bells at that hour in memory of the great message that Dr. King had that day. I find it fitting to ponder some of the words of that speech and reflect on it’s meaning today: “The Negro lives on a lonely island of poverty in the midst of a vast ocean of material prosperity. In a sense we’ve come to our nation’s capital to cash a check. We refuse to believe that there are insufficient funds in the great vaults of opportunity of this nation. So we’ve come to cash this check, a check that will give us upon demand the riches of freedom and the security of justice.” How far have we come fifty years later in demanding such a freedom and securing such a justice?
Those of you following the interviews that the media has been conducting probably have noticed many of those interviewed talking about lack of jobs, especially for African-Americans. There continues to be higher unemployment among African-Americans as compared to Caucasians. Those interviewed pointed out how King’s dream is falling short of the mark these fifty years later. While our nation has come a long way, we know that unfortunately we still have a long way to go. Too many people are being denied the dignity of earning a living wage. Too many people work full time and still live in poverty. Too many people work without paid days off and without healthcare. The movement for economic dignity and racial equity go hand in hand. This Labor Day weekend entails standing in solidarity with low-wage workers in Kansas City. Jobs for Justice has recently organized local strikes, especially for workers in fast-food restaurants. This weekend some of these workers who went on strike will be returning to their jobs. Some of us will join Jobs for Justice and these workers as they return to their jobs. Please pray for the success of our efforts.
As we continue to keep the words of Martin Luther King alive in our hearts, let us take courage in what he said, “Continue to work with the faith that unearned suffering is redemptive. Let us not wallow in the valley of despair. With this faith we will be able to hew out of the mountain of despair a stone of hope.