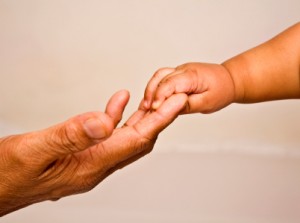 Here we are towards the end of “Respect Life Month.” What do we have to show for it as faithful Catholics? Some of us lined the streets of our own cities protesting abortions. Good for us. Others of us spoke out against capital punishment. Good for us. Keeping up the good fight in such justice issues is at the core of our faith. Unfortunately, the march goes on because we have not arrived at a satisfactory completion. It seems our work is never ending. We hang on to the hope that we will get there some day. We will stay on our pursuit until we see an end to abortion and the abolishment of the death penalty. That is our rally cry. Thanks to Companion Jean Swymeler for her efforts in St. Joseph to bring awareness to the injustice of capital punishment. May the people of St. Joseph understand the atrocities of this barbaric action carried out by the state of Missouri.
The Missouri Department of Corrections has switched to pentobarbital as an execution drug for the November 20th execution of Joseph Paul Franklin. The DOC has also announced that it has added a compounding pharmacy to its execution team. The compounding pharmacy will be responsible for providing pentobarbital for executions. This information comes from Rita Linhardt of Missourians for Alternatives to the Death Penalty. She is not sure what this means for the litigation that is pending regarding lethal injection as 13 other states use this drug for executions. She advised the rest of the Board of MADP to at least begin to make plans to hold vigils on the night of Nov. 19th. Here we go. Pray for Governor Nixon to put a stop to this execution also. Pray for Joseph Paul Franklin and his family as well as his victims and their families.