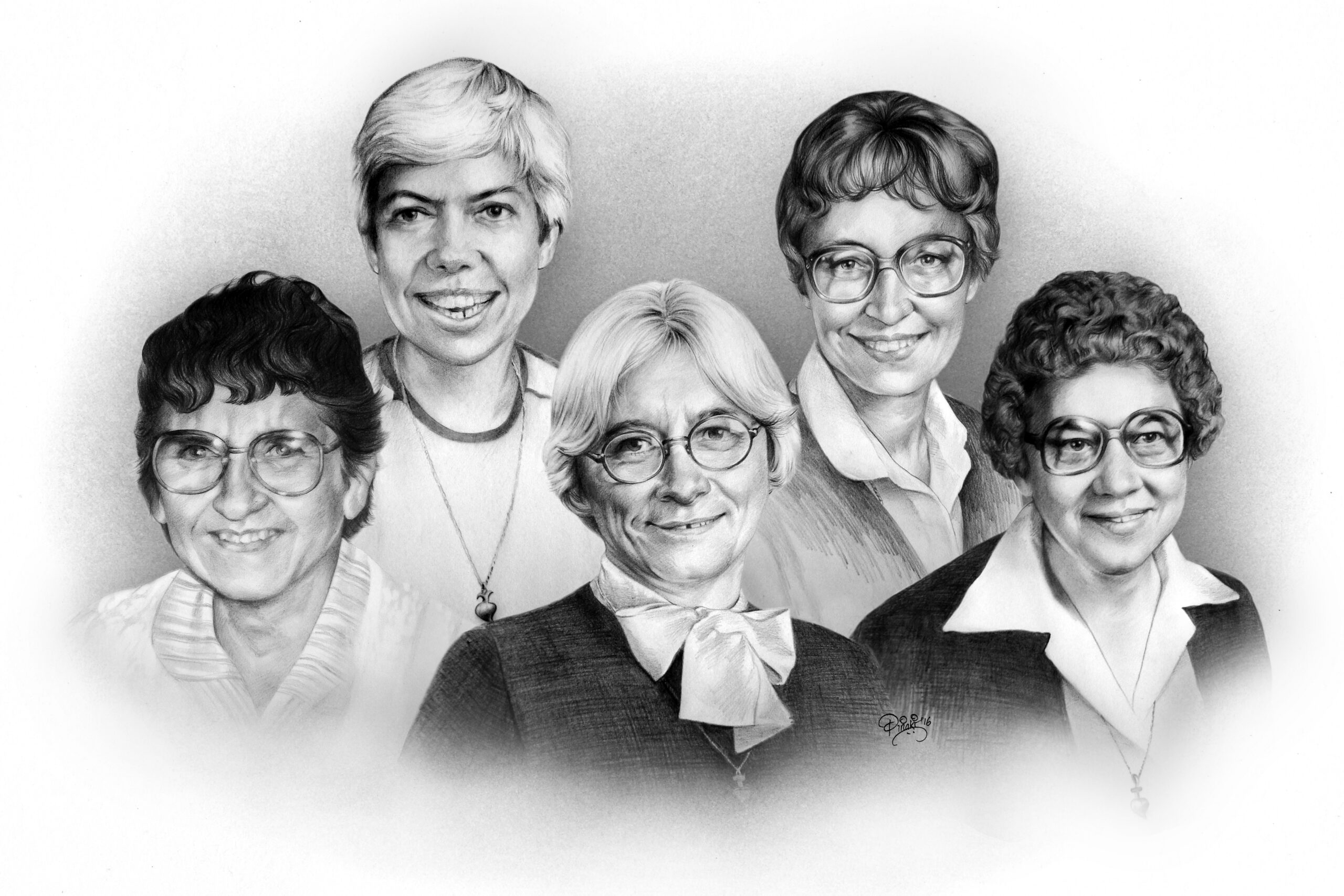 The ASC sisters who were martyred in 1992

This week we remember the five Adorers of the Blood of Christ (ASC) who were murdered in 1992 while serving as missionaries in Liberia. Barbara Ann Muttra, Mary Joel Kolmer, Shirley Kolmer, Agnes Mueller, and Kathleen McGuire were the first victims of Operation Octopus, during Liberia’s brutal civil wars that claimed over 150,000 lives. Twenty-nine years later, we still seek justice for these war crimes.

Seven years ago Martina Johnson, a former commander of the National Patriotic Front of Liberia (NPFL), was arrested on suspicion of war crimes and crimes against humanity. She was arrested in Belgium where she resided since 2003. This was the first time an alleged Liberian perpetrator was charged for crimes committed in Liberia during the first civil war. Victims implicated Martina Johnson for participating in mutilation and mass killings—including the ASC sisters in 1992—under the infamous military offensive by the Charles Taylor’s NPFL on the capital Monrovia.

Martina Johnson was placed on conditional release shortly after her arrest. Belgian authorities still need to investigate in Liberia before they can bring her to court. Belgian investigators report that Liberian authorities are not cooperating. Additionally, the pandemic is holding things up. We can only pray that they will eventually be able to follow through.

Justice from the U.S. Courts

This September, a former Liberian military commander was found liable under U.S. law for participating in extrajudicial killings and torture. Moses W. Thomas supervised the slaughter of hundreds of unarmed civilians at a church during Liberia’s civil war. The decision was issued on the testimony of four anonymous plaintiffs who lived through an assault on people seeking safety at a Red Cross shelter on the grounds of St. Peter’s Lutheran Church. They recounted hiding under dead bodies to survive, smearing blood on themselves to fake death and hiding in the pulpit, clinging to a Bible.

Yes, the blood of Christ still cries out for justice. Thank God for U.S. District Judge, Petrese Tucker, who heard her call to truth and brought to justice, Moses W. Thomas. The lawsuit said that Thomas was in command as soldiers fired into the packed church from the front door through windows, targeting those trying to escape. His actions as a colonel for the armed forces of Liberia made him liable for war crimes and crimes against humanity. May this gesture by a judge in our country give us hope that the same can happen in Belgium.