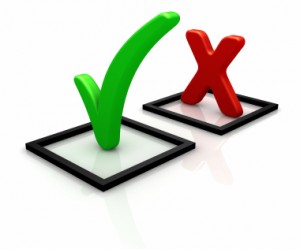 This week the Missouri General Assembly started the annual “Veto Session,” where lawmakers are attempting to override Governor Nixon’s veto on several different measures. One of these bills is Senate Bill 267, known by many as the “Sharia Ban” or “Foreign Law” bill. Governor Nixon vetoed this legislation for good reason. SB 267 prohibits Missouri courts from considering any body of law from outside the United States. It would severely disrupt the use of various religious laws and foreign laws that are being used for legitimate purposes in personal contracts and important legal arrangements. For Missouri’s immigrants, this means that contracts originating from other countries, such as marriages or divorces, child custody arrangements, and other matters, have the potential to be voided in Missouri court. Missourian’s rights are being protected by our current system, and this legislation is unnecessary and harmful. Our lawmakers need to be working to make Missouri a more welcoming place for everyone who lives here, not passing unnecessary laws that will harm immigrant families. Please get behind the efforts of Missouri Immigrant and Refugee Advocates and call your state senator today and tell them to sustain Governor Nixon’s veto.
I also encourage all of you to consider fasting and praying in solidarity with immigrants as we advocate for their cause. The Interfaith Immigration Coalition launched 40 days of prayer, fasting, and advocacy on a telephonic press conference with national Catholic, Protestant and Jewish leaders to ignite a “compassion surge.” With more than 5,700 people of faith from 45 states already committed to pray, fast and advocate this 40 days of action, the telephonic press conference will offer members of the press an opportunity to speak directly with national faith leaders and immigrants on their expectations for Congress, how faith communities are spiritually mobilizing, and why this moment is so critical to achieve compassionate immigration reform. Engaging in this activity from Sept. 9 – Oct. 18 will hopefully transform our own hearts and the heart of our country for immigration reform. Continue also to call your state representatives to oppose the SAFE Act. They must hear loud and clear that people of faith oppose the SAFE Act and want real immigration reform that protects family unity and creates a path to citizenship.