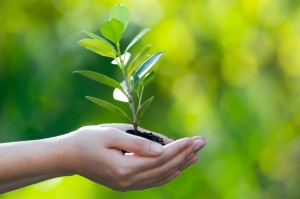 For the third straight year we have broken the record for the highest temperature on record as reported by NASA and the National and Oceanic Atmospheric Administration.  Doesn’t this reality beg the questions, “Why is this happening?”, and “Where are we headed?”  Doesn’t this challenge us to reflect on the future of our common home? Doesn’t this challenge us to act differently?
In his Encyclical Laudato Si, Pope Francis wrote, “The climate is a common good, belonging to all and meant for all.” If we are interested in preserving creation and being stewards of what God has created we must take ownership of this situation.  Throughout the Encyclical Pope Francis points out that the negative effects of climate change can only be improved if the human family works together.
The United States leads all nations in consumption of natural resources and is second only to China in producing pollutants that harm the atmosphere. We have made efforts in recent times to address this reality.  However, we have not done enough.  With the election of Donald Trump we are faced with some promises that the made on the campaign trail that he would overturn in his first 100 days as president. He stated that he would:

In light of this reality please join me in urging the new administration to honor the Paris Agreement.  Ask President-elect Trump to demonstrate bold leadership with this issue as he enters office.
Sign the online petition here: https://catholicclimatecovenant.salsalabs.org/fantrumppetition/index.html