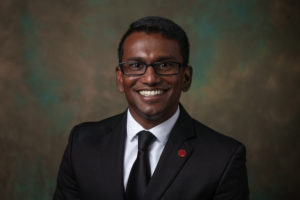 On April 20, 2021, many people have been holding their breath for nearly a year since the murder of George Perry Floyd Jr. in Minneapolis, Minnesota on May 20, 2020. After today’s verdict, many people were able to exhale or even breathe for the first time.

Soon after I heard the verdict, I said this little prayer to myself: “We give thanks to the Lord for hearing the cry of your people for justice. We pray that racial & social justice continues to be in the hearts of all of your people as we work towards healing our broken world together. #BLM #EveryLifeMatters #HumanDignity #SocialJustice #RacialJustice.”

I believe that the Lord heard the cry of His people over the last year even though many more black women, men, and children have been murdered by those who are supposed to serve and protect all lives. The phrase “cry of the people” is familiar to many of us. We hear this in various forms all throughout the Bible; the cry of the poor (Proverbs 21:13, Job 34:28); He does not forget the cry of the afflicted (Psalm 9:12); and so on. Many people of color expected the verdict to be in favor of former Officer Derek Chauvin. I believe the Lord heard the cry of His people and touched the hearts of the jurors and the nation, which could be a catalyst for further movement in the right direction for racial and social justice. People of color have been plagued by injustice far too long, which has been very evident in the United States through various forms of media. People of color have been crying out to only have a breath that allows them to have a voice that speaks to the truth of injustice in the United States.

After former Officer Derek Chauvin was escorted out of the courtroom in handcuffs, the following statement made by Minnesota Attorney General Keith Ellison said, “I would not call today’s verdict justice, however, because justice implies true restoration. But it is accountability, which is the first step towards justice, and now the cause of justice is in your hands.”

That powerful statement that helped me to better understand the difference between justice and accountability. I have to admit, I have a bachelor’s degree in Catholic theology, and sadly up to this point in my life, I am not sure if I truly understood what justice meant until Attorney General Ellison used it in this context. No matter how many degrees one holds, one still must have real-world encounters and applications that can make the content applicable for true integration for oneself.

Former President Barack Obama said, “true justice requires that we come to terms with the fact that Black Americans are treated differently, every day. It requires us to recognize that millions of our friends, family, and fellow citizens live in fear.” For the lives of those who have been murdered, this is a call to action. It is a call for all who believe, pray, and talk about social and racial justice to stand with our sisters and brothers of color. Obviously, this verdict doesn’t resolve or fix everything. This is where “the cause of justice is in your hands.”

As I watched the news coverage, a national reporter approached a white bystander and inquired why was he at the courthouse? He quickly responded that he had to do something, so he Googled what to do and showing up was one step he could do to show support to a hurting people of color community. He heard the cry of the people of color in his community; he recognized that people of color are treated differently. This was huge for someone who Googled, “how to help,” only to wind up on national news to acknowledge the cries and the injustices which are imposed on people of color.

I encourage you to engage your friends of color no matter how uncomfortable it may be to listen to their experiences and encounters. As a person of color in his thirties, I have only recently started reflecting and sharing my experiences with a few people in my life, which include my white adoptive parents. Most of my friends are white, of which a very small handful have welcomed some dialogue but still do not understand or allow the dialogue to go beyond a certain point. It is time to create an environment in the Church which allows such dialogue to happen.

What is your next step?