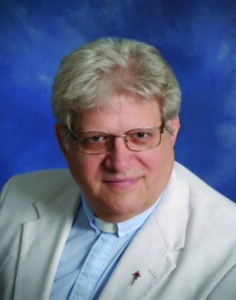 Fr. Dennis Chriszt, C.PP.S., is celebrating the 40th anniversary of his ordination this year.

Fr. Chriszt, a native of Cleveland, was incorporated as a Missionary of the Precious Blood on June 30, 1978, and was ordained on June 12, 1982, at Immaculate Conception Church, Celina, Ohio

Fr. Chriszt was appointed interprovincial director of advanced formation in 1993. In 1998, he was named director of vocation ministry.

In 2002, Fr. Chriszt formed Precious Blood Parish Missions, a ministry that he directed through 2010. He served as director of the interprovincial special formation program from 2003-08.

In 2009, he traveled to Tanzania, where he was an adjunct faculty member of the Salvatorian Institute for Philosophy and Theology.

From 2010-2016, Fr. Chriszt served as the founding pastor of the Church of the Resurrection in Cincinnati. He served as the Missionaries’ director of advanced formation from 2016-2022.