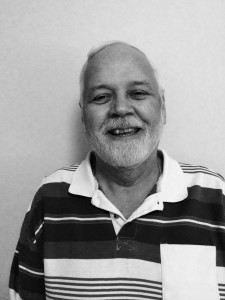 by Fr. Joe Nassal, C.PP.S., Provincial Director
The last time I saw Brother Steve Ohnmacht, he said, “Joe, I don’t think I’ll be able to make the Assembly.” I thought he meant he would be too sick to join us in Kearney; he meant, “It is time to say goodbye.”
We said goodbye to Brother Steve at St. James Church in Liberty, the parish where he worshipped and served on the rcia team for many years, on Thursday, March 26th. Then, on Friday, March 27th, we celebrated his life with his family and friends at St. Benedict Church in Nebraska City and, as he requested, laid his body to rest next to his parents in the parish cemetery.
Steve’s life came into focus on Palm Sunday when Pope Francis said in his homily that these three words, “he humbled himself,” are difficult for most human beings to comprehend. He calls it the way of humility and it is “a way which constantly amazes and disturbs us: we will never get used to a humble God.” But Steve did. His life in the community was marked by humility and service. 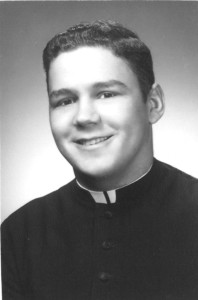 He was born on May 28, 1946 in Nebraska City, Nebraska to Chris and Helen (Volkmer) Ohnmacht. He entered Brunnerdale Seminary in Canton, Ohio on September 6, 1960, and after graduation entered St. Joseph’s College in Rensselaer, Indiana. While studying at St. Joseph’s, he discerned his vocation to be a brother, and he was Definitively Incorporated at St. Charles on August 15, 1969. He was known as Brother Fabian until he returned to his baptismal name in 1977.
Brother Steve worked in the electrical maintenance shop at St. Joseph’s College in Rensselaer and in June 1968, he was assigned to the staff at Precious Blood Seminary in Liberty, Missouri, where he remained until the seminary closed in 1983 and the property was sold. In 1986, Brother Steve began working for Immacolata Manor in Liberty, working part-time at Immacolata in 1996 as his responsibilities at Precious Blood Center increased following the death of his good friend, Brother Carl Mueller, C.PP.S. 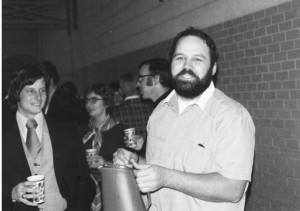 Throughout his religious life, Brother Steve was committed to serving the Precious Blood community. In addition to his service at Precious Blood Seminary and Precious Blood Center, Brother Steve served in the Vocation Office in the 1970s, as director of Brother Formation in the 1980s, and on the Formation Committee for several years. He was elected to the Provincial Council in 1983, serving one term. He was also a member of the Futures Steering Committee in the 1980s. As an active member of St. James Parish in Liberty, he worked on the RCIA team at St. James for many years.
One of the highlights of Brother Steve’s life was visiting the Precious Blood Mission in Tanzania in 1999 where his good friend, Father Timothy Coday, C.PP.S. managed the C.PP.S. Water Project in Dodoma, Tanzania. The time he spent in Tanzania motivated Brother Steve to raise awareness and funds in the United States for the project digging wells to provide clean water for the people of Tanzania.
Brother Steve was a loyal friend to many and kept in touch with many former students at Precious Blood Seminary and former members of the community. He always looked forward to going to reunions with former classmates and seminarians.
May he rest in God’s gracious peace.