Anniversary Celebration 2022: Our Witness is Important 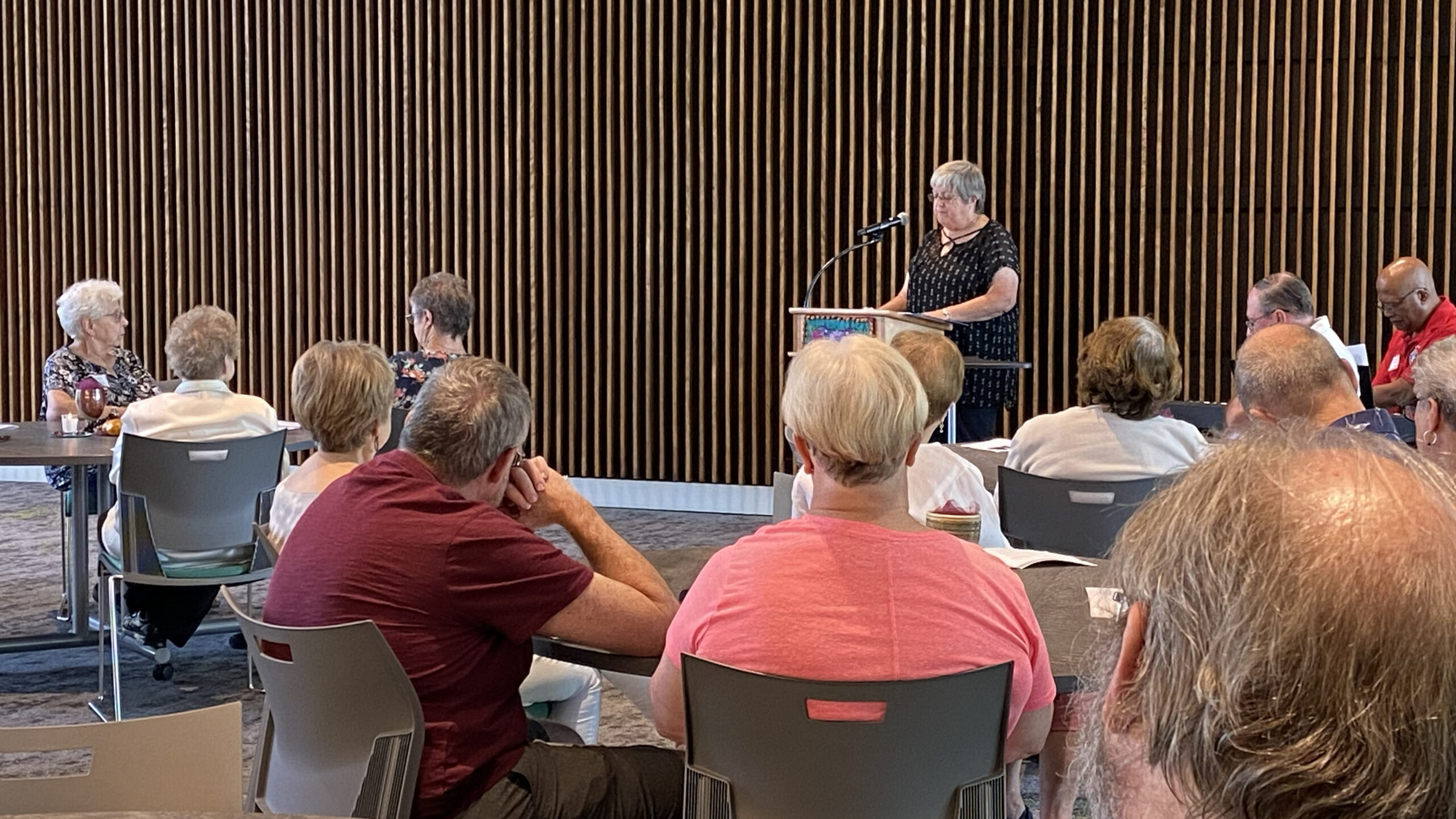 Incorporated Members and Companions are called by God to live a life of faith through the spirituality of the Precious Blood and St. Gaspar. We live the bond of charity with each other, carrying that charity with us to the world, according to our vocation and gifts. As missionaries, we share and proclaim the spirit of the Community: reconciliation, justice, prayer, and hospitality. 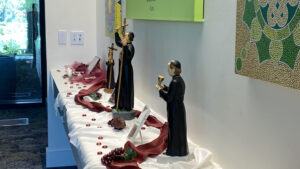 Over the last few years, I have heard comments in our Community like: “Most of us are too old to start something new,” or “I am old and tired, let the younger ones take the lead.”

Being older, and having lived longer does not make us obsolete or irrelevant. It does not mean we are too tired to be involved, productive, or enthusiastic.

In 1827, writing to a priest wishing to excuse himself from a specific mission because he did not think he was ready for such a responsibility, Gaspar said, “It is God who makes us fit for the ministry.”

And Psalm 92:12-14 states, “But the godly will flourish like palm trees and grow strong like the cedars of Lebanon. For they are transplanted to the Lord’s own house. They flourish in the courts of our God. Even in old age, they will still produce fruit; they will remain vital and green. They will declare, ‘The Lord is just! He is my rock! There is no evil in him!’”

There is no magic age, no specific number of years that tells us we are done. Retirement from a particular job or lifestyle does not imply retiring from purpose, retiring from Community, or retiring from life.

I remember hearing Fr. Paul Sanders’ homily as a jubilarian in Kearney a few years ago when he declared, “….and I am looking forward to the next 50 years!” How great that would be?

Just a couple of months ago, St. Joseph Companion Nancy Clisbee shared in a moving reflection at our assembly in Indianapolis that after retiring from “a well-loved career as an art teacher,” she has been working with immigrants for over 13 years now. She gives heartfelt testimony to the rewarding work of making a difference in the lives of so many on the margins, and how it has brought her closer to fully living the charism of our Precious Blood Community.

The majority of our community being over 60 years of age, does mean we have been witness to great changes in our world. It does give us different perspectives based on our individual life experiences.

Job 32:7 states, “Those who are older should speak, for wisdom comes with age.”

And Acts 22:15, “…for you will be his witness before all to what you have seen and heard.” 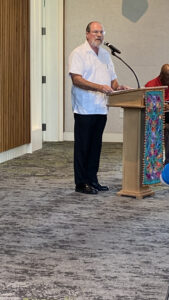 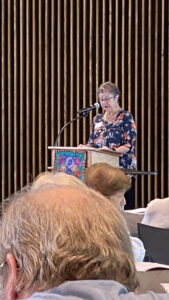 I have lived during the Cold War and the tearing down of the Berlin Wall and the subsequent unification of East and West Germany. I lived in Germany from 1974 to 1976 as a young soldier and stood on the west side of the Berlin Wall, climbing the scaffolding at Checkpoint Charlie and peering across at the desolate “no man’s land” on the east side, with only East German military guards and guard dogs in sight. To get to and from West Berlin, I had to take the overnight military duty train through what was then East Germany. At every stop, East German soldiers and guard dogs boarded the train, checking our personal documents. We were warned not to extend our heads or arms out the train windows as such an act would provoke the soldiers to shoot.

And while I was born after World War II, I visited the concentration camps that have since been opened as museums lest we forget those atrocities to the human race.

I lived and worked again in Germany from 2002 to 2007. I heard first-hand stories from German and French citizens whom I worked and developed wonderful friendships with. Stories about how their history has affected them and their parents, their countries, and views of the world today. I traveled back to Berlin to experience one unified Berlin with no walls, no duty trains, and no soldiers with guard dogs.

I was living in Germany when the United States went to war with Iraq. I saw injured US soldiers hours after they were airlifted out of the fighting in Iraq. My office provided financial assistance to these soldiers as they arrived at Landstuhl US Army Hospital in Germany. One young Marine had an emergency appendectomy in the Iraq desert, he was put on a helicopter and then on a transport plane to Germany. I was there when they moved him from the stretcher to the hospital bed, he had been lying in blood and sand on that stretcher all the way from the desert.

These are just a few examples of my individual experiences. We all have many stories of witness. I alone have many more right here in this country, in neighborhoods, towns, and states I have lived in and visited over the years.

It is our experiences in life that form us and our faith. They have brought each of us to the spirituality and bond of charity of our Precious Blood Community.

Our witness is important. We can and should share our experiences, our insight, or if nothing else, our questions as to why.

Use your voice, be that witness, and share the story! 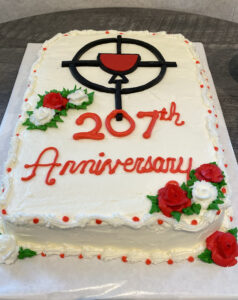 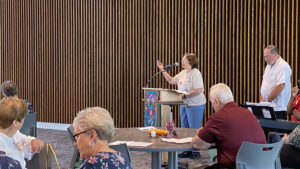